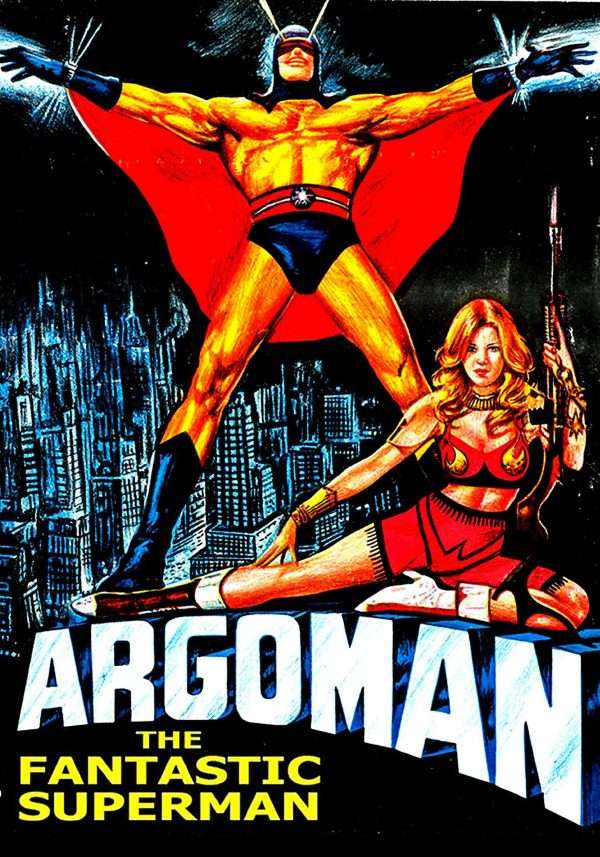 Argoman the Fantastic Superman (Italian: Come rubare la corona d’Inghilterra, lit. ‘How to steal the crown of England’) is a 1967 English-language Italian superhero–Eurospy film directed by Sergio Grieco. The film stars Roger Browne, as the eponymous superhero, and Dominique Boschero as the superbabe. The film was shot on location in London and Paris while the interior scenes were shot at Cinecittà.

The cast and crew of the film had differing views of the production, with Executive producer Edmondo Amati stating that “the idea was to make an Italian Superman of sorts, but we did not have the means or the technique” while actress Dominique Boschero was happy with the results of the film, stating that it was “something new, a film ahead of its time. Sergio Grieco was a rather good director and we had a higher budget than usual, and more locations as well.”

From retrospective reviews, film critic Marco Giusti described the film as “super-camp“, yet “very funny and very effective on its visual side”. Roberto Curti referred to the film as one that “perfectly captures the spirit of 1960s Italian superheroes” by retaining the fumetti neri‘s “delightful amorality while squeezing the best from the many Italian James Bond rip-offs in terms of tongue-in-cheek fast-paced action.” Curti proclaimed it “one of the funniest Italian superhero films of that period.” Film critic Howard Hughes found that the film “never quite fulfills the promise of its surreal opening sequence” and that Argoman was “a somewhat patch superhero, it seems appropriate that the less-than-fantastic Argoman’s symbol is a turd-like red spiral on his forehead.