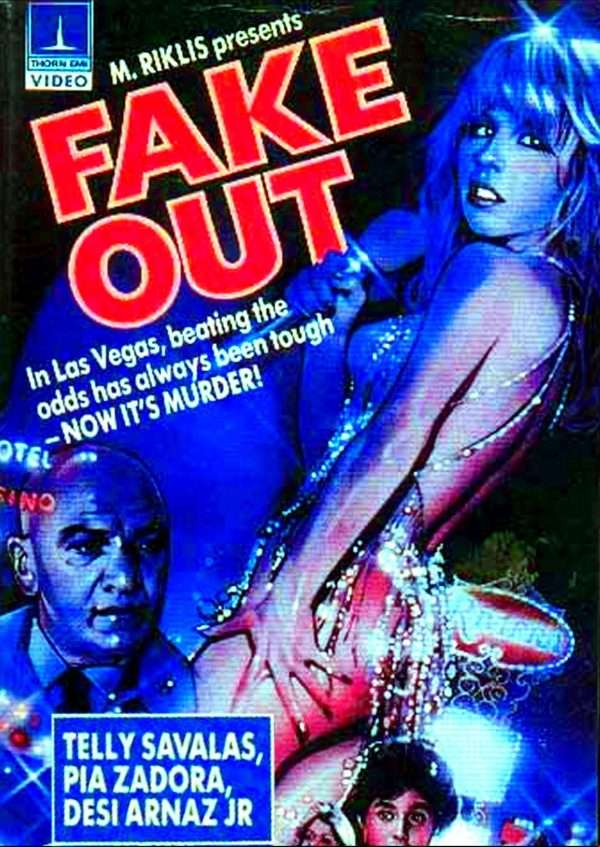 The film was Pia Zadora’s second lead role in a feature. All her first three films as star were financed by the company of her then husband Meshulam Riklis (the others were Butterfly and The Lonely Lady).[1][2] Matt Cimber, who directed Butterfly, also made Fake Out.

Zadora described it as “a cops-and- robbers-and-nightclub-singer story, kind of like a long Kojak.” She added the film “has me singing a little, but it’s nothing I’m terribly proud of.”

The film was mostly shot on location in Las Vegas, principally around the Riviera Hotel!