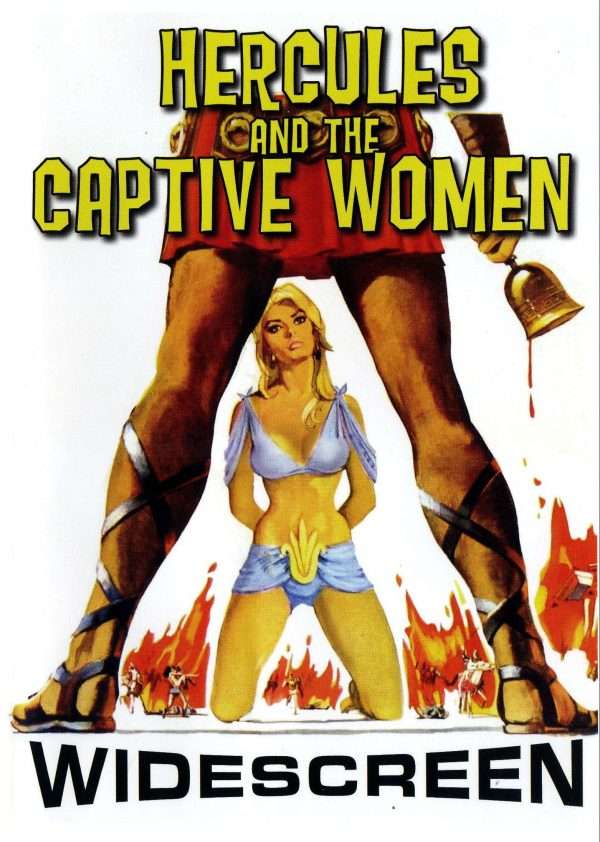 The film is also known as Hercules Conquers Atlantis in the United Kingdom, and Hercules and the Captive Women in the United States where the film was not only retitled but edited, rescored and given a title design by Filmation.

Hercules, Prisoner of Evil (Italian: Ursus il terrore dei Kirghisi, lit. ‘Ursus, Terror of the Kirghiz’) is a 1964 Italian peplum film directed by Antonio Margheriti and an uncredited Ruggero Deodato. Deodato, the official assistant director, replaced Margheriti as he was busy with the completion of the film The Fall of Rome. Deodato actually directed most of the film in actuality but Margheriti was credited as the director. The film is filled with a variety of horrific themes and elements, featuring a killer werewolf, and is as much a horror film as it is a peplum.