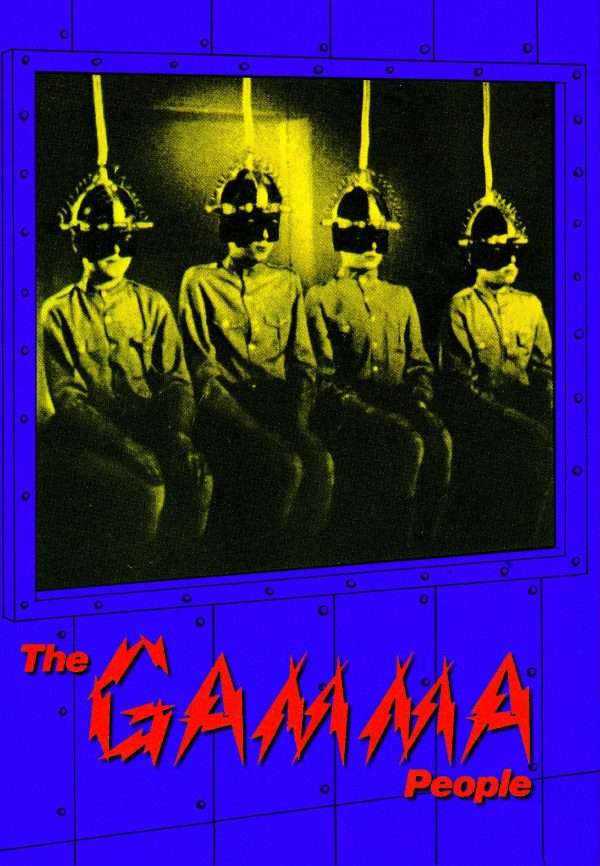 The Gamma People is a 1956 British-American black-and-white science fiction film, produced by John Gossage, directed by John Gilling, that stars Paul Douglas, Eva Bartok, and Leslie Phillips. The film was distributed by Columbia Pictures and evolved from a script treatment originally written in the early 1950s by Robert Aldrich. The Gamma People was released theatrically in the U.S. as a double feature with the 1956 British science fiction film 1984.

A railroad passenger car carrying a reporter and his photographer mysteriously breaks away from its locomotive, accidentally ending up on a remote sidetrack in Gudavia, an isolated Ruritanian-style, one-village Eastern Bloc dictatorship. The newsmen discover a mad scientist using gamma rays to turn the country’s youth into either geniuses or subhumans, all at the bidding of an equally mad dictator.