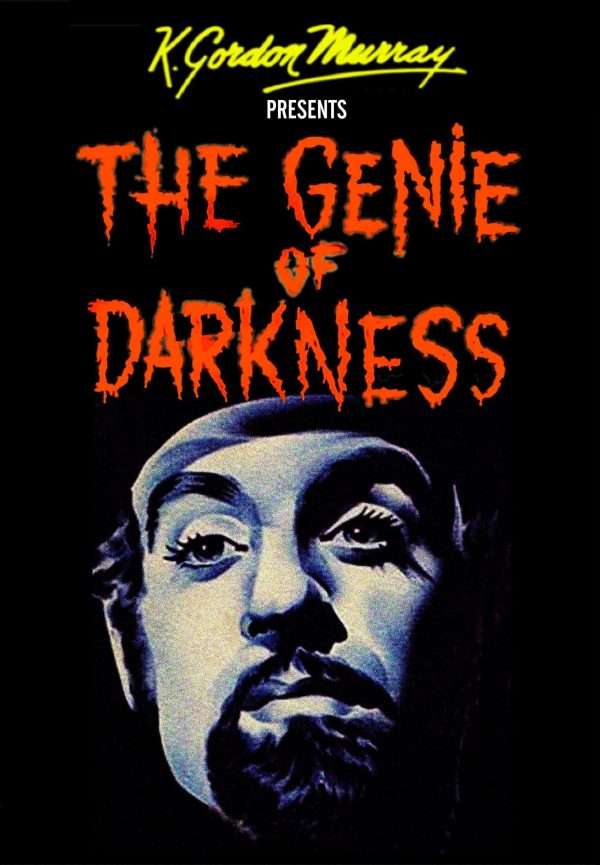 THE GENiE OF DARKNESS

This third installment in the Nostradamus serial-cum-features is quite entertaining, and features some of the most unusual characters in the whole series.

We revisit Dolan’s friend and colleague, Igor the Vampire Hunter, who we first met in THE MONSTERS DEMOLISHER. Here, the creeepy white-magic warlock again uses his wacky “magic cauldron” to find secrets about his undead enemy.

Igor and Nostradamus finally have the confrontation we’ve long been expecting, a psyhic battle of wits which, unfortunately, Igor loses. This scene is dynamic and intense, thanks to some great close-ups and jiggy camerawork. It reminds one of a similar psychic contest in David Cronenburg’s great SCANNERS (albeit without the exploding confetti heads).

In a poignant follow-up, Nostradamus scatters his enemy’s ashes for the benefit of his most unholy father.

Also, we get to meet the hunchback Leo’s mother (!), a hilarious, cackling old-school witch-hag named Rebecca! Scenes with Leo and mom are strictly comedic, especially as Murray and Co. saw fit to dub her as a nagging Jewish mother! You could call these remarkable segments “At Home with Leo”!

However, the comedy turns sour when Leo’s boss, Nostradamus, murders Rebecca cruelly, paralyzing her in a house of flames, while poor son Leo cowers in fear outside, unable to intervene. This nasty bit well conveys Nosty’s darkest side.

Another interesting scene occurs when Tony and Anna visit a gypsy fortune teller, in order to extract hidden memories Tony has regarding Nostradamus’ whereabouts. The scene ends with Nosty taking over the gypsy, and apparently, killing him.

We also get to see Dolan’s cool lab again, as he continues his experiments with bats. He seems to have obtained even more extra-cool equipment this time.

We also see something curious we don’t see in alot of horror cinema; a town crier! “10:30 and all’s well!”

But for the understandably open-ended finale, this is a fine gothic horror feature, and a marvelous warm-up for the incredIble THE BLOOD OF NOSTRADAMUS!

* THE GENIE OF DARKNESS was one of the first US TV features patched together from the source films, a ten-part Mexican theatrical serial. The other installments are: THE CURSE OF NOSTRADAMUS, THE MONSTERS DEMOLISHER, and THE BLOOD OF NOSTRADAMUS.

* Here is some new information on the Nostradamus films, from Jean-Claude Michel.

” ‘Historia Documental del Cinema Mexicano’ mentions that another film, ‘EL TESTAMENTO DE VAMPIRO’, also part of the series and starring the same principals, was shown in Mexico on October 20, 1961 (so, chronologically, the second “feature” in the series). Following are the credits:

(David Wilt believes that “El testamento del vampiro” is in fact a re-titling of one of the other features, probably LA MALDICION DE NOSTRADAMUS.)