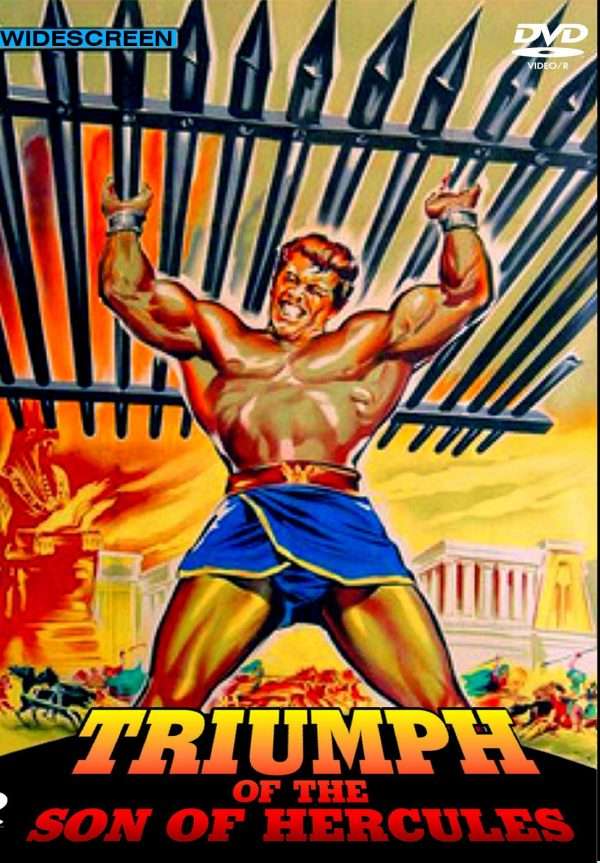 Here is hunky Kirk Morris in another of the 14 Sword and Sandal films that were recut and dubbed into English for an American TV package called, “The Sons of Hercules” by Embassy Pictures. This one was released in Italy as “The Triumph of Maciste” (1961) and was directed by Tanio Boccia. For the syndicated version, a lengthy sequence was lifted from another Kirk Morris Maciste film, “Maciste all’inferno” (1962, aka “The Witch’s Curse” in America) directed by Riccardo Freda.